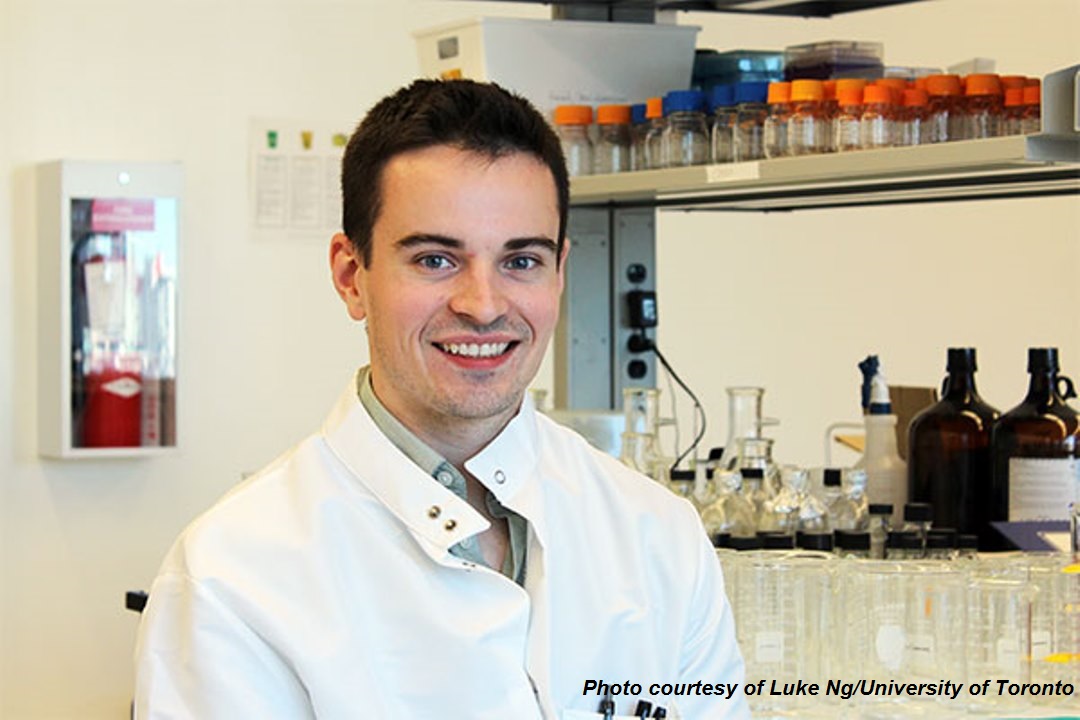 Neal Callaghan, who began his research career as an undergraduate at Mount Allison University, has won a highly-coveted Vanier Canada Graduate Scholarship (CGS). The Vanier CGS program helps to annually attract up to 167 highly-qualified doctoral candidates to Canadian institutions. The scholarship provides $50,000/year of funding for 3 years ($150,000 in total).

Neal spent the summer of 2013 immersed in research as a member of the Dieni Research Group, while funded by a Goodridge Summer Undergraduate Award, and continued onward to his Honours Thesis (BIOC 4990). Prior to this, he held a Carnegie Summer Research Award in the lab of Tyson MacCormack, and ultimately pursued graduate-level (MSc Biochemistry) research with MacCormack following the completion of his Honours undergraduate degree. He is presently a doctoral student at the University of Toronto’s Institute of Biomaterials and Biomedical Engineering (IBBME), co-supervised by Craig Simmons and Paul Santerre.

Huge congratulations to Neal! You can read more at U of T Engineering News and IBBME News.